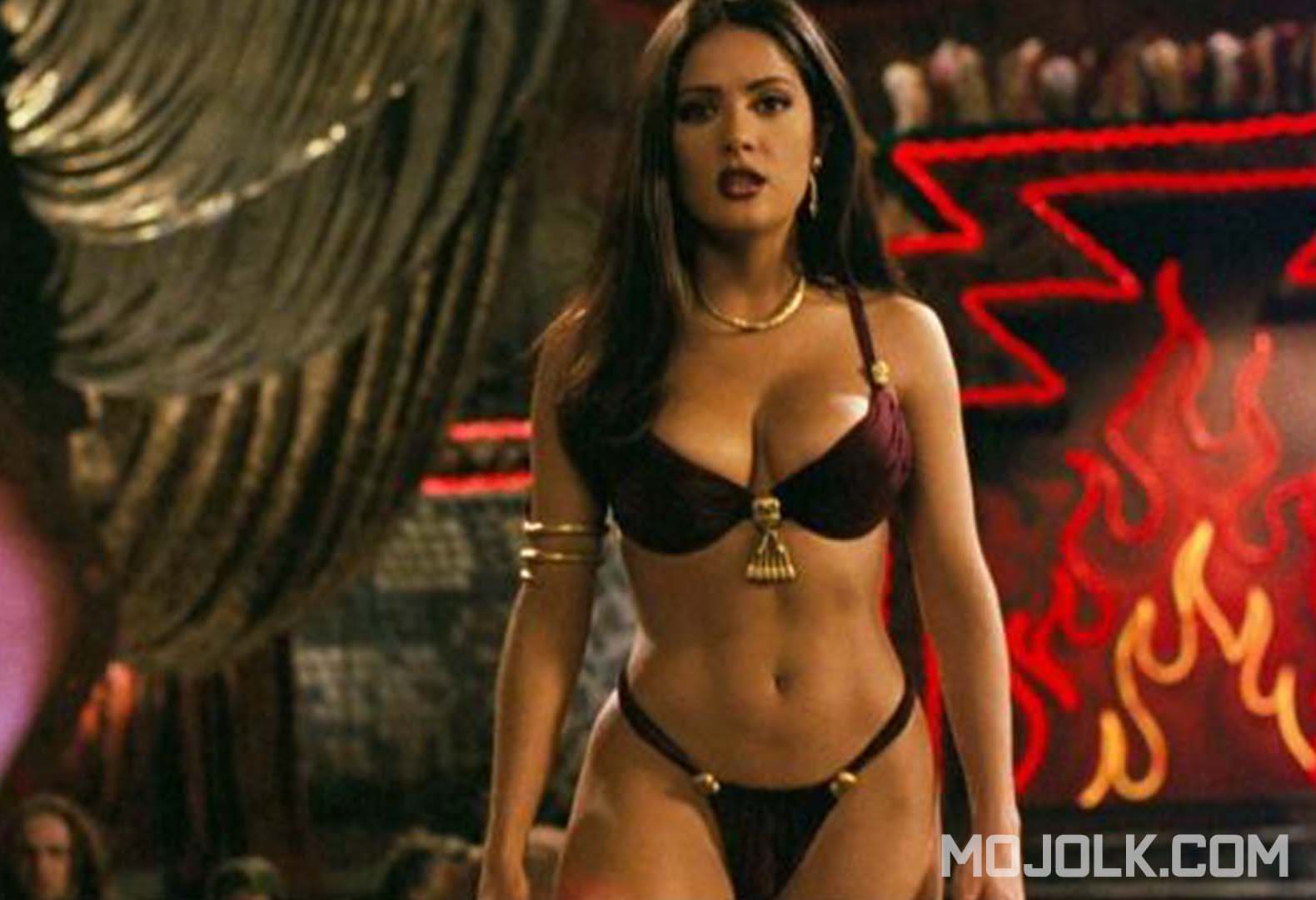 This film can be described as one of the top films of Salma Hayek’s popular films.  The film premiered in the United States on February 14, 1997.  One night, Alex and Isabel are ready to separate, but they find out that Isabel is pregnant.  So even if they decide to get married, how will their socio-cultural factors affect them afterward?  This film is based on the above story theme.  Salma Hayek, Mathew Perry, Siobhan Fallon Hogan, Tony Tenney are the main actors in this movie and we can see Salma Heyak through the main character Isabel.  Directed by Andy Tennant, the film received an IMDB rating of 6.1 / 10.  The film cost $ 20 million.

This movie can be called another popular movie by Salma Hayek.  Directed by Brett Ratner, the film grossed $ 58 million.  A series of events between two jewelry thieves and the FBI can be seen through this film.  Salma Hayek is seen through the main character Lola Cirillo.  In addition to her, Pierce Brosnan, Woody Harrelson, and Don Cheadle can be seen in the film.  The film premiered in the United States on November 12, 2004.  The film has an IMDB rating of 6.3 / 10 and a box office record of $ 62.7 million.

The crime thriller starring Salma Heyak was released in 2006.  Through this film, we can see two detectives who are following two criminals who committed dozens of murders in 1940.  Todd Robinson directed this and we can see Salma through the character of Martha Beck.  In addition to her, John Trvolta, Jared Leto, James Gandolfini were the other actors in the film.  The film was produced at a cost of US $ 18 million.  The film was released on April 30, 2006, and received an IMDB rating of 6.4 / 10.

The film is an action-comedy film starring Salma Hayek.  A biology teacher and a militant can be seen in this film as a series of events related to extracurricular activities at school.  Through the character of Bella Flores, we can see Salma Heyak in this movie.  Kevin James, Bas Rutten, and Henry Winkler are the other actors in the film.  The film is directed by Frank Coraci.  Here Comes the Boom was released on October 12, 2012, in the United States.  The film grossed $ 73.1 million and had an IMDB rating of 6.4 / 10.

This is one of the most popular films of Salma Hayek’s.  CIA agents recruit a man to tame a gunman who came to assassinate the Mexican president.  This person has a different plan in mind.  Here we see Salma Heyak in the role of Carolina in an action movie.  Directed by Robert Rodriguez, the film stars Antonio Banderas, Jonny Depp, and Eva Mendes.  Released on September 12, 2003, the film has an IMDB rating of 6.4 / 10 and a box office record of $ 98.2 million.

The film tells the story of a Mexican government official who prepares to rescue a friend from a high-profile drug trafficker.  Released in 2012, the film was directed by Olivier Stone.  Blake Lively, Taylor Kitsch, Aaron Taylor, and Salma Hayek were the main characters in the film and she was seen through the role of Elena.  The film was released on July 6, 2012, and grossed $ 83 million at the box office and an IMDB rating of 6.5 / 10.  It is also an award-winning film.

A group of cast-out angels is on their way to New Jersey looking for a place to go back to heaven, and they find such a place.  People are trying to destroy the place and they are coming together to prevent it.  This fictional film is directed by Kevin Smith.  We can see Salma Heyak through the character of Serendipity and Kevin Smith, Matt Damon, Ben Affleck, Alan Rickman were the other main characters in this film.  Released on November 12, 1999, the film has an IMDB rating of 7.3 / 10.

The film shows a clash between two brothers who escape from the police after a wave of crime and a gang of vampires. From Dusk Till Dawn was released on January 19, 1996.  The film is directed by renowned film director Robert Rodriguez.  Quentin Tarantino, George Clooney, Danny Trejo, Harvey join the cast of this film, and Salma Hayek’s sexy dance can be seen in this film.  The film received an IMDB rating of 7.2 / 10.

The film is also directed by Robert Rodriguez and was released on August 25, 1995.  The film tells the story of a man who travels from city to city to avenge the death of his lover.  Antonio Banderas, Salma Hayek, Quentin Tarantino, Danny Trejo were the main characters here.  You will see her through a character named Carolina.  The film received an IMDB rating of 7.2 / 10 and a box office record of $ 25.4 million.

Undoubtedly, this is the best film of Salma Hayek’s acting career.  She was also nominated for Best Actress at the Oscars.  The film also received an IMDB rating of 7.4 / 10.  Directed by Julie Taymor, the film stars Salma Hayek, Alfred Molina, Antonio Banderas, and Ashely Judd.  Salma Hayek’s acting prowess can be seen through the character of Frida Kahlo, the main character of the film.  The film was nominated for several Oscars.  The story of this film is based on the bold and controversial biography of Frida Kahlo.