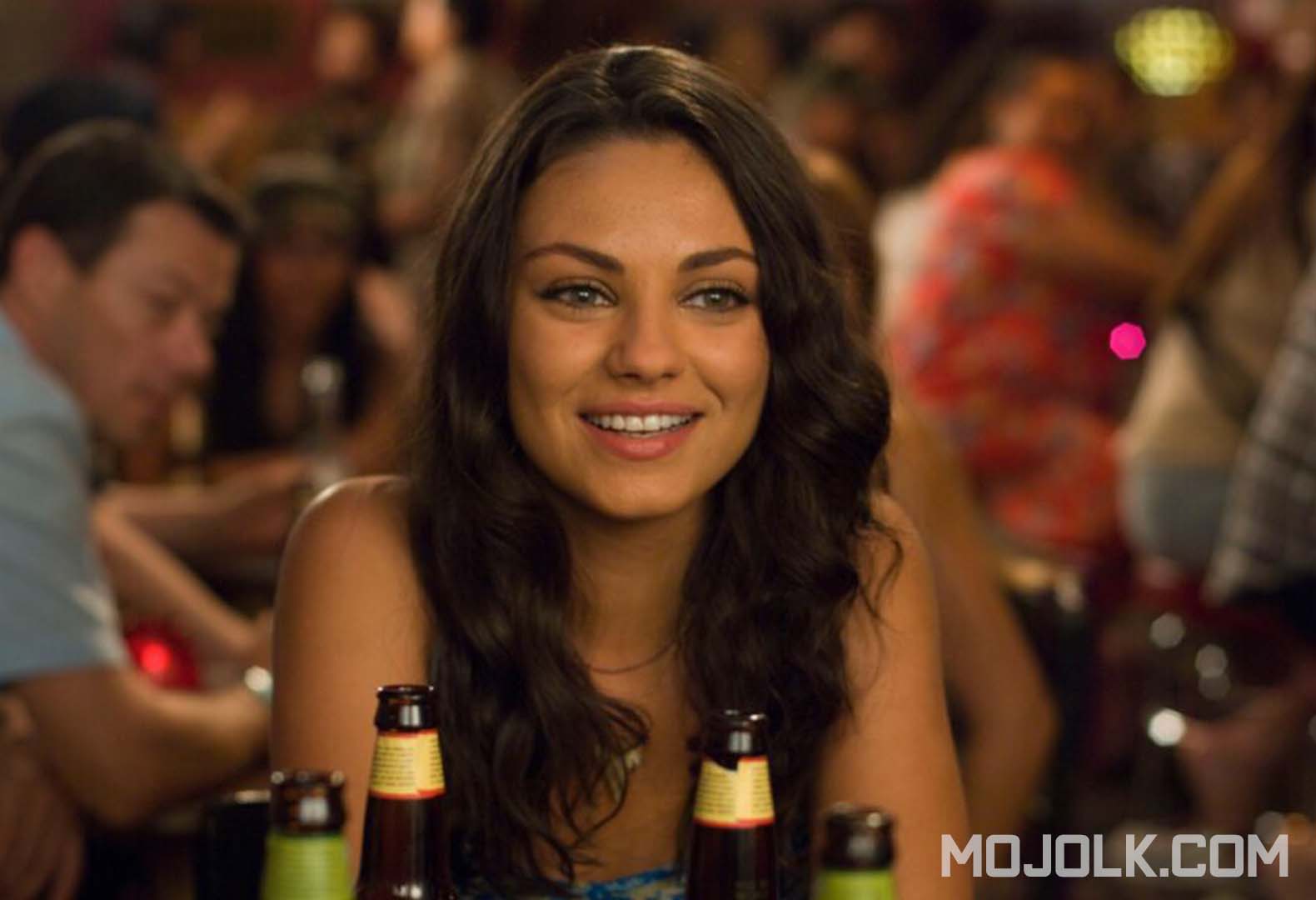 Mila Kunis is a Ukrainian American actress.  Her ability to act differently from each other is her specialty.  She enjoys great popularity in television as well as cinema.  She has a huge audience all over the world who love her.  Mila Kunis has produced a number of memorable characters in a number of internationally acclaimed creations.  She has also won numerous awards, including Best Villain, Best Supporting Actress, and Best Young Actress.  Here is a list of her 10 best movies.

This film is about a love story analysis done by a laudable novelist.  The film is directed by Paul Haggis and stars Olivia Wilde, Liam Neeson, Mila Kunis, and Adrian Brody in the lead roles.  The third Person had an IMDB rating of 6.3 / 10 and grossed $ 2.6 million.  The film premiered in the United States in 2013.  Mila Kunis was seen in the lead role of Julia Weiss in the film.

The story of this film revolves around a man who loses his testicles in a factory accident.  The comedy was released in 2009.  Jason Bateman, Kristen Wiig, Mila Kunis, Dustin Milligan star in the film.  The film is directed by Mike Judge.  With an IMDB rating of 6.1 / 10, the film grossed $ 10.8 million at the box office and was released in the United States on September 4, 2009.  Mila Kunis can be seen through the character of Cindy Slade in this movie.

The film tells the story of a witch who meets Oscar Diggs fleeing the circus where she works.  This action/fiction film is directed by Sam Raimi.  We see Mila Kunis with the character of the witch who won Oz’s trust.  In addition to her, actors James Franco, Michelle Williams, and Rachel Weisz have also starred in the film.  The film had a gross of $ 493.3 million and an IMDB rating of 6.3 / 10.  The film premiered on February 14, 2014.

The film tells the story of a murderer named Chris who is released from prison a few years later.  His brother, a New York City police officer, is reluctant to welcome Cruise.  This is how the story builds.  The film is directed by Guillaume Canet.  We can see Mila Kunis with a character named Natalie.  Clive Owen, Marion Cotillard, and Zoe Saldana were the other actors who starred in the film.  The film had a gross of US $ 2.4 million and an IMDB rating of 6.5 / 10.  The film premiered in France on October 30, 2013.

The film is another comedy starring Mila Kunis in the lead role.  In this film, you can see three busy mothers getting out of their busy lives and building a life based on love.  Launched in the United States on July 29, 2016, the film was directed by Jon Lucas and Scott Moor.  Here we see Mila Kunis through the character of Amy who is the main character.  In addition to her, Kathryn Hahn, Kristen Bell, Christiana Applegate, and many other actors were cast in the film.  The film has a box office record of US $ 183.9 million and has an IMDB rating of 6.2 / 10.

Released in 2010, this is another action-packed Mila Kunis action film.  The film tells the story of Eli, who defends a book containing many secrets for the protection of mankind and fights with dangers.  The film stars Denzel Washington, Mila Kunis, Gary Oldman, and Jennifer Beals.  Directed by Albert Hughes and Allen Hughes, the film premiered on January 11, 2010, in the United States.  We can see Mila through the main character Solara in this movie.  The film has a gross of $ 157.1 million and an IMDB rating of 6.9 / 10.

This movie is another great movie by Mila Kunis.  We see Mila Kunis in the role of Jemmy, a young broker who provides an art director for GQ.  This young man and Jemmy form a relationship that goes beyond friendship.  They get addicted passionately and they decide not to base it all on emotions.  You can see a wonderful story with these events through this movie.  In addition to Mila Kunis, Justin Timberlake, Emma Stone, Woody Harrelson, and many other actors also star in the film.  The film, directed by Will Gluck, was released in the United States on July 22, 2011.  The film grossed $ 149.5 million and had an IMDB rating of 6.5 / 10.

This film can be called another romantic and comedy film of hers.  You can see Mila Kunis through the character of Rachel Jqnsen in this movie directed by Nicholas Stoller.  Jason Segel, Kristen Bell, Russell Brand were the other actors in the film.  Peter, who is on vacation in Hawaii after his breakup with Sarah, learns that Sarah has also arrived at the hotel.  He is deeply shocked by it.  The story is built around this.  The film had a high IMDB rating of 7.1 / 10 and grossed $ 105.8 million.  The film was released in April 2008.

Ted is a 2012 comedy-fiction film.  The film tells the story of a man who revives his teddy bear.  Directed by Seth MacFarlane, the film premiered in Sri Lanka on August 8, 2012.  We see Mila Kunis through the character of Lori.  Mark Wahlberg, Seth MacFarlane, Giovanni Ribisi were the other main characters in the film.  The film grossed $ 549.4 million and had an IMDB rating of 6.9 / 10.

Black Swan takes the lead among Mila Kunis’ best films.  Nina, a dancer, gets the chance to play the role of Princess Odette, but then loses the opportunity due to the intervention of the art director.  The story then builds between her feelings.  In this movie, we see Mila Kunis with the character Odile.  In addition to her, Oscar-winning artists Natalie Portman, Vincent Cassel, Winona Ryder, and many more will be starring in the film.  The film is directed by Darren Aronofsky.  The film won numerous awards, including an Academy Award.  Black Swan had an IMDB rating of 8.0 / 10 and grossed $ 329.4 million.  The film was released on December 3, 2010, in the United States.

Friends with Benefit - Friendship that goes beyond friendship - MOJO LK February 4, 2022 at 3:11 pm

[…] audience.  In particular, the film was acclaimed by critics around the world.  The match between Mila Kunis and Justin Timberlake in particular became a topic of many.  It was a comedy-romance film that […]