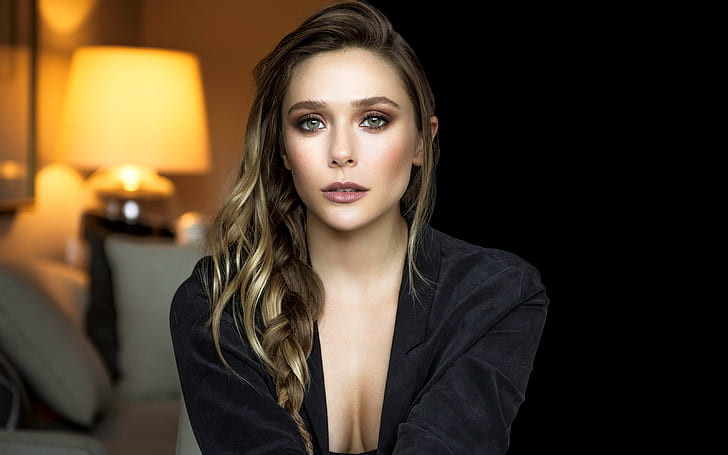 There are many popular actresses in world cinema.  Among them are many popular actresses in the film world we see today.  Actress Elizabeth Olsen is also very popular in the world of cinema today.  Elizabeth Olsen is currently gaining huge audience love around the world.  Her popularity has spread all over the world.  Most of the talk about her today is with her character in the Marvel movie universe.  She can be seen by the audience through its powerful female character Wanda Maximoff.  Today we are ready to bring you this article about the 10 best movies that made her popular, including Marvel movies.

This movie is an American Black Comedy movie.  The film follows a woman with a mental disorder who travels the world with another woman to befriend her.  Leading actresses, including Elizabeth Olsen, starred in the film.  Matt Spicer directed the film.  Aubrey Plaza, Elizabeth Olsen, Billy Magnussen, Wyatt Russell, Pom Klementieff were the main actors.  The film premiered on January 20, 2017, at the Sundance Film Festival.  The film was officially released on August 11, 2017, in the United States.  The English language film grossed $ 3.3 million.  The film received an IMDB rating of 6.6.

Here is a love story between an instructor and a student at New York University.  The two meet during a retirement party of a professor at the same university.  The film is set in the early days of Elizabeth Olsen’s film career.  She co-starred with Josh Radnor, Allison Janney, and Richard Jenkins.  Josh Radnor was the director of the film.  With an IMDB rating of 6.7, the film grossed $ 1.1 million.  The film was also released for the first time at the 2012 Sundance Film Festival.

Here is Matt and his father’s trip to Kansas to make a Kodachrome film before the lab in Kodak closes.  The film was also directed by Mark Raso.  Starring Jason Sudeikis, Elizabeth Olsen, Ed Harris, Bruce Greenwood.  This film is another one of Elizabeth Olsen’s successful films.  The film received an IMDB rating of 6.8.  On April 20, 2018, the audience had the opportunity to watch this movie.

Martha was in pain about life with a person in the past.  She now lives with her sister’s family.  She tries to understand the difference between dreams and reality. This film is a film with a different face.  Sean Durkin directed the film.  Elizabeth Olsen, John Hawkes, Sarah Paulson, Hugh Dancy were the main actors.  The film premiered on October 21, 2011.  The film grossed $ 5.4 million and had an IMDB rating of 6.9.

The film is about the world-famous Avengers team.  Tony Stark created an artificial intelligence called Ultron.  The Avengers then have to stop Ultron as he prepares to destroy humanity.  Elizabeth Olsen plays Wanda Maximoff, Scarlett Johansson, Robert Downey Jr, James Sader.  The film premiered on May 1, 2015, in Sri Lanka.  Age Of Ultron film was directed by Joss Whedon.  The film grossed $ 1.403 billion.  The film received an IMDB rating of 7.3.

Investigator Cory Lambert is preparing to investigate the death of an 18-year-old girl who was raped and killed.  During the investigation, he realizes that he too is in danger.  Jeremy Renner, Elizabeth Olsen, Kelsey Asbille play the lead roles.  Taylor Sheridan was the director here.  August 3, 2017, The film opens in Russia.  The film grossed $ 45 million.  The film has an IMDB rating of 7.7.

Steve Rogers begins to adapt to the complexities of a contemporary world.  Meanwhile, he, Natasha Romanoff, and Sam Wilson discover the secrets behind a mysterious and deadly murderer.  Another popular movie from the Marvel universe.  Elizabeth Olsen also starred as Wanda Maximoff in the film.  The film also stars Chris Evens, Sebastian Stan, Anthony Mackie, Emily VanCamp, and Scarlett Johansson.  The Winter Soldier was co-directed by Anthony Russo and Joe Russo.  The film premiered in Hollywood on March 13, 2014.  The film grossed $ 714.4 million at the box office.

With the government’s decision to control its power, a split arises among the Avengers.  One group agrees with the government and the other opposes.  This leads to an internal conflict between the Avengers team.  The film was also co-directed by Anthony Russo and Joe Russo.  Elizabeth Olsen joined her as Wanda Maximoff, with Chris Evens, Robert Downey Jr, Sebastian Stan, and Scarlett Johansson in the lead roles.  The film premiered on May 6, 2016, in Sri Lanka.  Civil War film grossed $ 1.153 billion.  The film also received an IMDB rating of 7.8.

Since Thanos destroyed half of the universe’s galaxies, the Avengers team has to rearrange them to balance the universe.  The film also stars Elizabeth Olsen as her usual character, Wanda Maximoff.  She also stars Scarlett Johansson, Chris Evens, Robert Downey JR, and Chris Hemsworth.  The film is also directed by Joe Russo and Anthony Russo.  The film was released on April 26, 2019, in Sri Lanka.  This is the highest-grossing film of the Avengers series.  The film grossed $ 2.796 billion.  Endgame film has an IMDB rating of 8.4.

The film features the battle with the Avengers to stop Thanos.  Elizabeth Olsen will also star in the film through her Marvel character Wanda Maximoff.  The film is also directed by Joe Russo and Anthony Russo.  Scarlett Johansson, Chris Hemsworth, Crisis Evens, Robert Downey Jr, Tom Holland joined the cast.  Infinity War film grossed $ 2.048 billion.  The film has an IMDB rating of 8.4.  The film premiered on April 23, 2018, in Los Angeles.