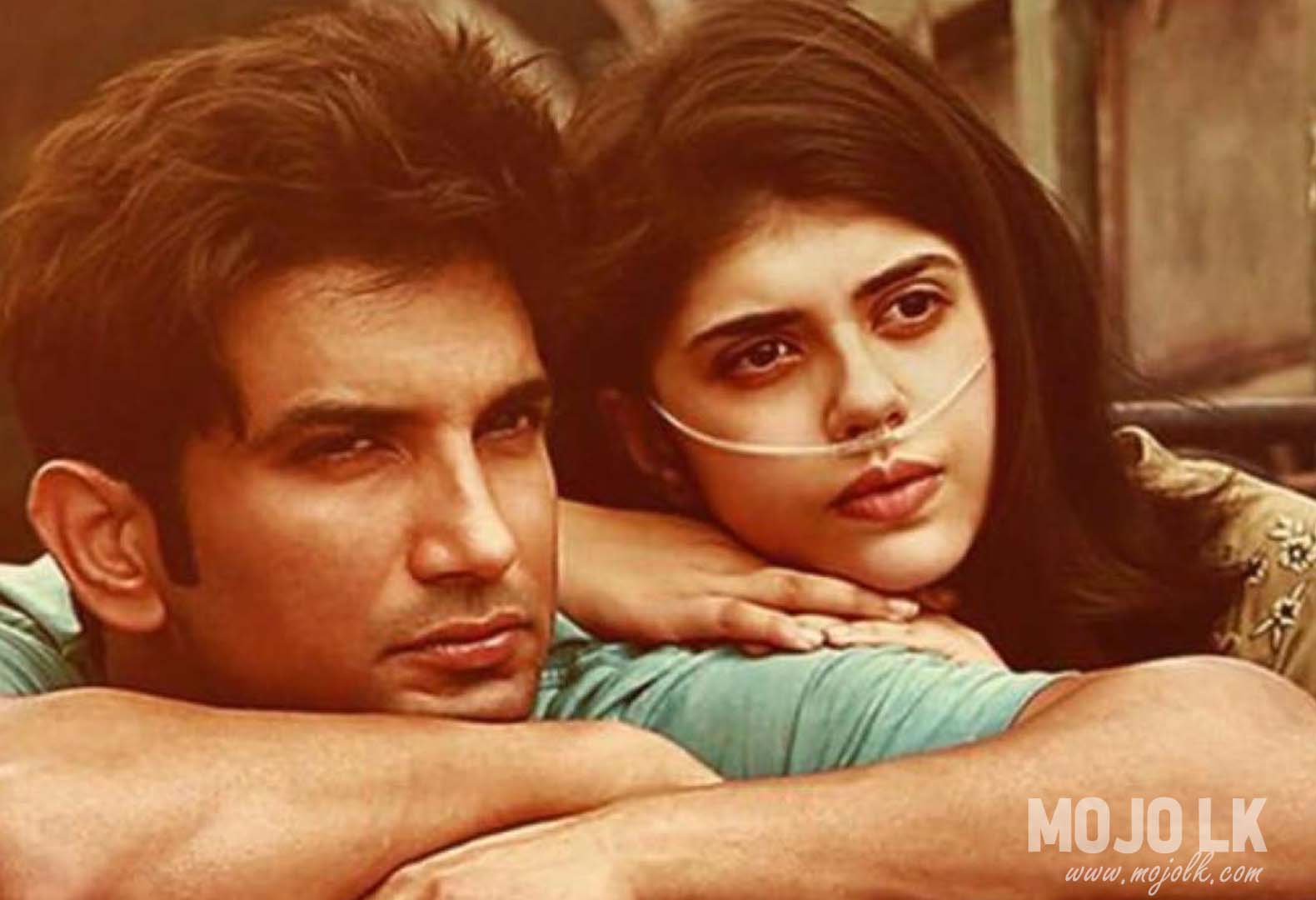 Can death make you cry?  If that death is of someone you love the most, how much would that death hurt you?  I’m not talking about death in a movie.  A year ago it was about a death that cried all the movie fans who love Indian cinema.  Moreover, his last film, which was released after his death, managed to make the weeping audience cry again and again.  Sushanth Singh Rajput is one of the most talked-about names in Indian cinema in the future.  This post is not about him.  This post is about Dil Bechara.  Dil Bechara is Sushant’s last film.  It is also a film with a sensitive ending.  It is a film that is different from the Indian films that are often seen.

This is about an Indian film.  This is the first time we are making a note of an Indian film.  The closest thing to it is that the film and the life of its protagonist leave the audience more sensitively.  Dil Bechara aired in 2020 on Disney + Hotstar.  It stars Sushanth Singh Rajput as the lead actor and Sanjana Sanghi as the lead actress.  This is Sanjana Sanghi’s first film.  This was filmed based in India and Paris.

Summary of the movie Dil Bechara

Kizie Basu is a young woman suffering from throat cancer.  Coincidentally, Kizie meets a young man named Manny.  He is also suffering from cancer.  He is also a fan of South Indian superstar Rajinikanth.  Manny is known in school as a fun young man.  Kizie Basu is a young woman who loves music.  Her favorite singer is Abimanu Veer.  Manny also enjoys listening to the singer’s songs because of her liking.  As time goes on Manny and Kizie Basu become lovers.  Manny’s words give strength to Kizie Basu, who was counting down the days to his death.  That’s why Kizie Basu becomes a strong girl.

Meanwhile, Manny’s friend JP (Jagdhesh Pandey) is making a movie.  The main characters are Manny and Kizie.  But during the filming, JP removes his eyes due to the aggravation of cancer in his eyes.  Manny is responsible for completing the film. Meanwhile, Kizie’s favorite singer sends her an email.  That he had to come to Paris to meet him.  In the meantime, doctors did not approve of the trip, as Kizie began to get sick again.  But as a very risky journey, Manny, Kizie, and her mother join this journey.

What will happen in the end of Dil Bechara

But in France, something unfortunate happens to them.  Abhimanu Veeer does not welcome them.  Manny and Kizie leave with a sigh of relief at the singer’s mismatched words.  Meanwhile, Manny’s cancer is increasing his illness.  Because of this, Kizie Basu breaks down mentally again.  What will happen to the story then?  Will JP’s film have an end?  Will Kizie Basu lose her love?  You have to watch the movie Dil Bechara to see this ending.

The film is known for being able to speak to the heart of the audience.  This film has a very painful ending.  It is a different film than the average Indian film.  The acting ability of the actor.  The commitment of the production staff puts a very successful ending to this film.

When we mention the actors and actresses in this film, we pay more attention to the actor who played the main character here.  Sushanth Singh Rajput is the future actor of Indian cinema.  This is after his death.  The screening of the film is a specialty.  This is his last film.  Saif Ali Khan was the only popular actor in Indian cinema to appear in the film.  The others were talented but not the most popular characters in Bollywood.  But their excellent acting made this film a huge success.  The lead actress Sanjana Sanghi joined the cast as her first film.

The film’s crew also played a significant role in the film. The music director was A.R.  Mr. Rahman.  Mukesh Chhabra directed this film.  The film is based on John Green’s novel The Fault in our stars.

I film is on July 24th, 2020.  The film was made in Hindi, a major Indian language.  It is said that the film cost close to 300 million Indian rupees.  The film was watched by a large number of Indian fans.  In addition, Sri Lanka, Bangladesh, and other Asian countries as well as the United States, Britain, Canada, France, and other western countries gathered a large fan base around the film.  The Hindusthantimes, a leading Indian newspaper, reports that the film grossed nearly Rs. 2,000 million.

He is an actor who has been named the future of Indian cinema.  Sushanth was born on January 21, 1986, in Patna, India.  He even loved science-related subjects.  Before joining Bollywood cinema, he was an actor who was close to the audience through Indian television creations.  He first joins Bollywood cinema as Kai Po Che!  From an Indian film.  He became popular among film fans due to the controversial film PK which was released in 2014.  The film, which features the biography of MS Dhoni, one of the most influential Indian cricketers to hit the screens in 2016, has doubled his popularity.

He then starred in a number of films including Raabta, Welcome to New York, Kedarnath, Chhichhore, Drive.  However, he committed suicide on June 14, 2020, at his home in Mumbai. The Indian media had reported that the Indian police had arrested a group including his girlfriend during the investigation into his death.

After We Fell – Our love story full...