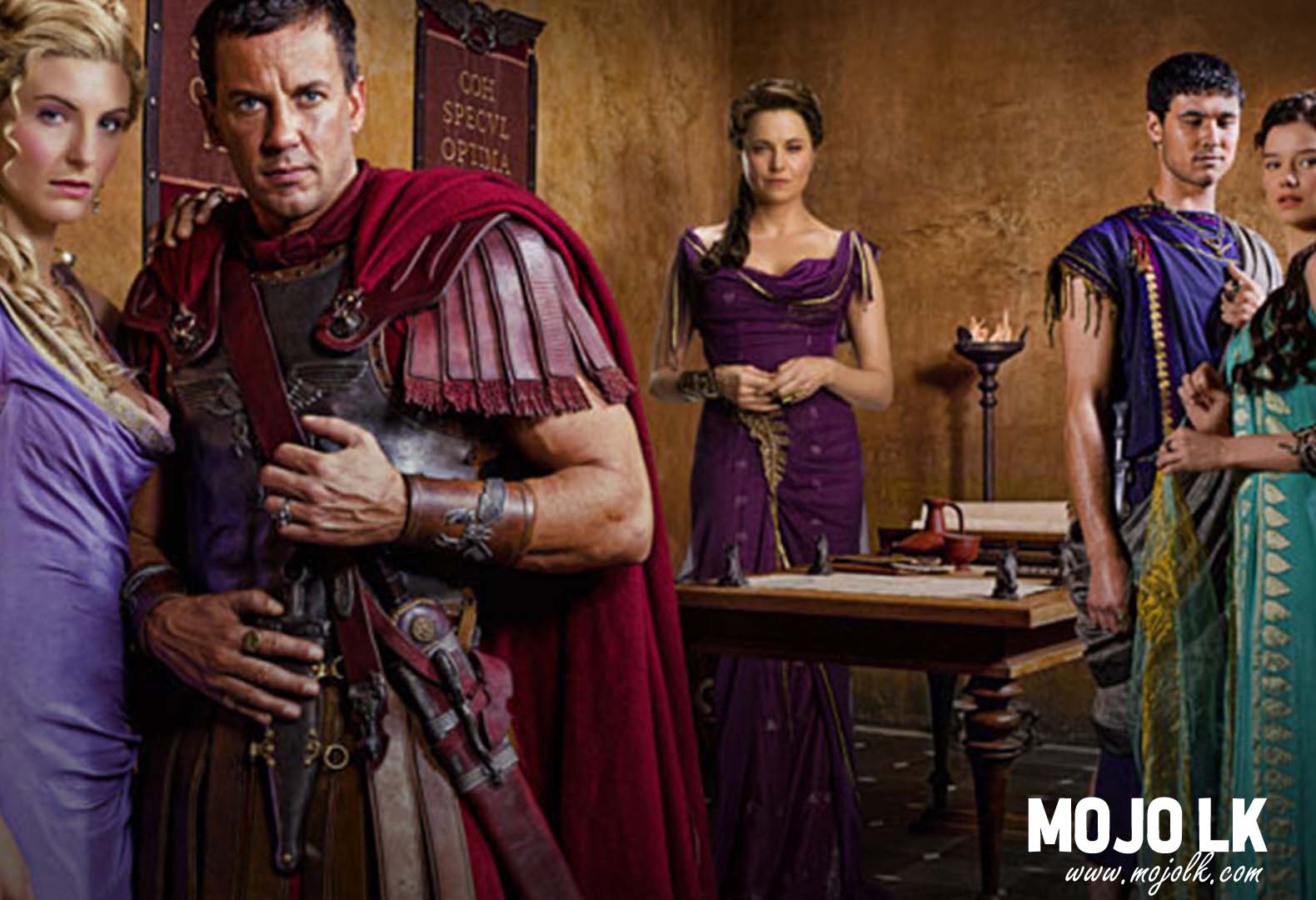 Among the TV series that have emerged in the world are a number of stories about history.  They have received a high audience response.  Because of the reactions of people to them, the creators put a lot of effort into creating them.  Stories about history have a higher cost compared to other creations.  That’s because we need to create a separate context for such stories.  Let’s take a look at some of the top designs that have been created with such great capital and human resources.

The narrative of the miniseries primarily follows Attila the Hun (reigned 434–453) during his rise to power, violent unification of the Hunnic tribes, and subsequent campaigns, first against the Eastern Roman Empire, and later against the Visigoths and the Western Roman Empire.

Marco Polo is an American drama streaming television series inspired by Marco Polo‘s early years in the court of Kublai Khan, the Khagan of the Mongol Empire and the founder of the Yuan dynasty (1271–1368). The show premiered on Netflix on December 12, 2014. The series was created by John Fusco and stars Lorenzo Richelmy in the title role, with Benedict Wong as Kublai Khan. It was produced by The Weinstein Company. On January 7, 2015, Marco Polo was renewed by Netflix for a 10-episode second season, which premiered on July 1, 2016.

On December 12, 2016, Netflix announced that they had canceled Marco Polo after two seasons. Sources told The Hollywood Reporter that the two seasons resulted in a $200 million loss for Netflix, and the decision to cancel was jointly taken by Netflix and The Weinstein Company.

A.D. The Bible Continues (also known as the A.D. Kingdom and Empire) is an American biblical drama television miniseries, based on the Bible, and a sequel to the 2013 miniseries, The Bible, and follows up from the film Son of God which was a more in-depth look on Jesus’s story. It is produced by Roma Downey, Mark Burnett, and Richard Bedser. The limited series began airing on NBC on Easter Sunday, April 5, 2015, in twelve weekly one-hour episodes. The story takes place immediately after the events of The Bible miniseries, and then of the Son of God film, beginning with the crucifixion and resurrection of Jesus, and continues with the first ten chapters of the Acts of the Apostles. On July 3, 2015, NBC canceled A.D. The Bible Continues after one season. However, producers Burnett and Downey plan future biblical productions on their OTT digital channel.

Black Sails is an American historical adventure television series set on New Providence Island and written to be a prequel to Robert Louis Stevenson’s 1883 novel Treasure Island. The series was created by Jonathan E. Steinberg and Robert Levine for Starz. It debuted online for free on YouTube and other various streaming platforms and video-on-demand services on January 18, 2014. The debut on cable television followed a week later on January 25, 2014. Steinberg is executive producer, alongside Michael Bay, Brad Fuller, and Andrew Form, while Michael Angeli, Doris Egan, and Levine are co-executive producers.

On July 26, 2013, Starz renewed the show for a ten-episode second season, which premiered on January 24, 2015. The early renewal, six months before the first season premiered, was based on the positive fan reaction to the show at the San Diego Comic-Con. The series was renewed for a third season on October 12, 2014, and the fourth season on July 31, 2015, both before the respective previous seasons had premiered. On July 20, 2016, Starz announced that the series’ fourth season would be it’s last; the season premiered on January 29, 2017, and the series concluded on April 2, 2017

Rise of Empires: Ottoman is a Turkish historical docudrama, starring Cem Yiğit Üzümoğlu and Tommaso Basili. Its first season, which consists of 6 episodes, is directed by Emre Şahin and written by Kelly McPherson. The series became available for streaming on Netflix on 24 January 2020. It deals with the Ottoman Empire and Mehmed the Conqueror and tells the story of the Fall of Constantinople.

Borgia is a French-German-Czech-Italian historical drama television series created by Tom Fontana for Canal+, ZDF, ORF, and Sky Italia. The show recounts the Borgia family’s rise to power and subsequent domination of the Papal States during the Renaissance.

Vikings is a historical fantasy drama television series created and written by Michael Hirst for the History channel of Canada. Filmed in Ireland, it premiered on March 3, 2013, in Canada. The series concluded on December 30, 2020, when the second half of the sixth season was released in its entirety on Amazon Prime Video in Ireland, ahead of its broadcast on History in Canada from January 1 to March 3, 2021. A sequel series, titled Vikings: Valhalla, is in development for Netflix.

Vikings are inspired by the sagas of Ragnar Lothbrok, a Viking who is one of the best-known legendary Norse heroes and notorious as the scourge of Anglo-Saxon England and West Francia. The show portrays Ragnar as a farmer who rises to fame by raiding England and eventually becomes a Scandinavian king, with the support of his family and fellow warriors. In the later seasons, the series follows the fortunes of his sons and their adventures in England, Scandinavia, Kievan Rus’, the Mediterranean, and North America.

Rome is a historical drama television series created by John Milius, William J. MacDonald, and Bruno Heller. The show, consisting of two seasons for a total of 22 episodes, aired on HBO, BBC Two, and Rai 2 from August 28, 2005, to March 25, 2007, and was later released on DVD and Blu-ray. An international co-production between Italy, the United Kingdom, and the United States, the series was filmed in various locations, but most notably in the Cinecittà studios in Rome, Italy.

The series is set in the 1st century BC, during Ancient Rome’s transition from Republic to Empire. The series features a sprawling cast of characters, many based on real figures from historical records, but the lead protagonists are ultimately two soldiers named Lucius Vorenus and Titus Pullo, who find their lives intertwined with key historical events.

Rome received largely positive reviews and had a high number of viewers. It received substantial media attention from the start, becoming a rating success for HBO and the BBC (although the numbers declined considerably in the second season) and being honored with numerous awards, including four Emmy Awards, seven Primetime Emmy Awards, and a Visual Effects Society Award. The series ran for two seasons out of the planned five due to high production cost; much of the material for the third and fourth seasons was telescoped into the second one.

The Last Kingdom is a British historical fiction television series based on Bernard Cornwell’s The Saxon Stories series of novels. It premiered in 2015 on BBC America, BBC Two, and later in 2018 on Netflix.

Spartacus was a Greco-Thracian gladiator who, along with Crixus, Gannicus, Castus, and Oenomaus, was one of the escaped slave leaders in the Third Servile War, a major slave uprising against the Roman Republic. Little is known about him beyond the events of the war, and surviving historical accounts are sometimes contradictory. However, all sources agree that he was a former gladiator and an accomplished military leader.

This rebellion, interpreted by some as an example of oppressed people fighting for their freedom against a slave-owning oligarchy, has provided inspiration for many political thinkers and has been featured in literature, television, and film. Although this interpretation is not specifically contradicted by classical historians, no historical account mentions that the goal was to end slavery in the Republic.