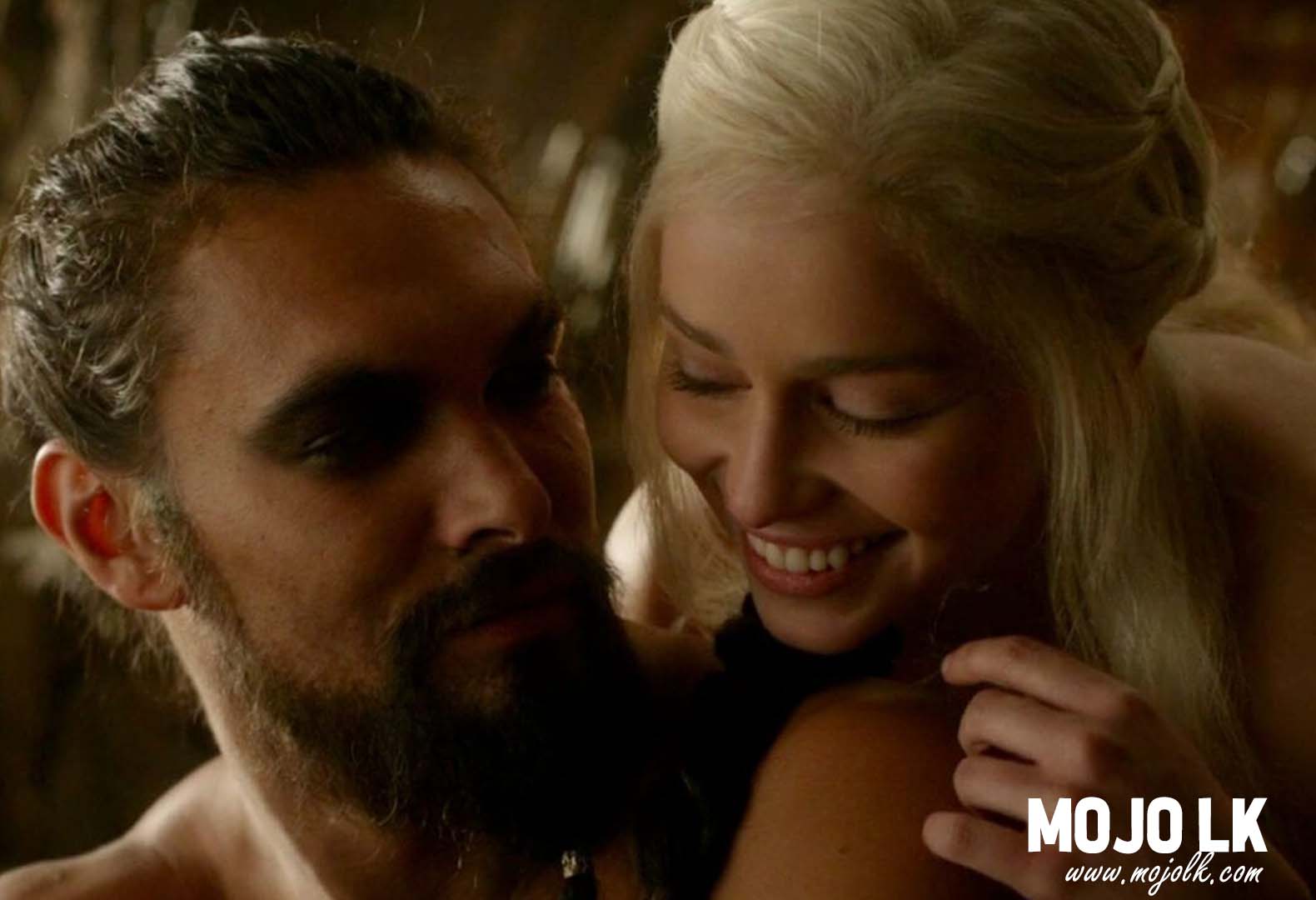 We have started writing a series of articles about the world-famous game Game of Thrones.  We present this as its second article.  The Game of Thrones series discusses various aspects of the world.  Among them are religion, war, greed for money, the power of money, and death.  It also gives more space to the topic of love in the series.  The love of mother and children, the love of husband and wife, the love of the ruler and the people are spoken of in this.  Also, the love of lovers is talked about at the top.  That is why we hope to talk about the love affairs of the main characters in this series.

Daenerys is the main character in this story.  The story begins with her being married off by her brother against her will.  As a teenager, she married a tribal leader named Carl Drogo.  She reluctantly spends the first days of the marriage but then she begins to fall in love with him.  He eventually loses her with the child born to them both.  This makes her more anxious.

After Carl’s death, Daenerys prepares to move on to his goal alone.  There, Dorico Norris, the leader of a group called “Second Sons”, becomes her mistress.  She has casual relationships with Dorico, showing her followers that she is shocked by Carl Drogo’s death.  Knowing that Dorico only expects her to have sex, she allows him to do so.  But when she establishes her kingdom, she stops him in “Dragon Bay”, telling him that she needs to start a relationship with someone there.

At the end of the conversation, Daenerys falls in love with John Snow.  They both love it.  Even after learning that John Snow is her brother’s son, she secretly tells him that she must love him in secret.  But after the war victory, John Snow kills her, hoping that her rule will change.

Sansa is arguably the most persecuted person in love in the Game of Thrones series.  At the beginning of the story, Sansa travels to the capital to marry Prince Joffrey Bratian.  He realizes that she is not the kind of person she expects.  But she is helpless in front of him and his mother.  She has to wait until her father dies.  In the midst of all this, she has to marry Joffrey’s uncle, Tyrion Lannister.  That’s because of Joffrey’s insistence.  After that incident, she seems to have lost her love.

Peter Belish, who rescues Joffrey when she is about to be found guilty of murder, seems to be expecting love from her.  But it can be said that he did not receive her love because she did not say anything in front of him.  Peter then marries her to Ramsey Snow.  Then Ramsey can be seen raping her inhumanely from the wedding night.

Meanwhile, she is helped to escape from Ramsey by Theon Greyjoy.  In the meantime, she falls in love with him.  That is expressed in her dialogues and feelings.  However, he dies in battle with the White Walkers.

It does not appear that love was so important to her in Arya‘s story.  But in the story, she and King Robert’s illegitimate son, Grandy, fell in love.  Eventually, the narrator is able to confirm the love between her and Grandy with a kissing scene.  But at the end of the conversation, Arya travels alone to the West, so there is no clear end to the story of what happened to her and Grandy’s love.

Cersei‘s love story can be pointed out as one of the decisive love stories in the series.  Cersei and Jimmy are twin brothers and sisters and there is a casual love affair between the two of them.  As a result, Cersei’s cousins ​​Joffrey, Toman, and Masella had three children.  All the wars in this story begin to hide that secret.  The story shows Jimmy having a sexual relationship with a relative named Cersei and Lancel Lannister at the time of their capture by the Northern Army.  It is also mentioned in the last part of the story that she had an affair with Euron Greyjoy.  But throughout the story, it is mentioned that her eternal love is Jimmy Lannister.

Rob Stark is the eldest son of Ned Stark of the Stark clan.  He starts a war to demand justice for his father’s death.  It is during this time that his love story unfolds.  That was with a nurse he met during the war.  That girl is Thalisa.  In the Red Wedding episode, they are both killed together.  That was by the Fry clan.

The Game of Thrones series has so many love stories that you can’t bring it up in one article.  So let’s find out about those love stories in another article.  In that article, we talk about John Snow, Liana Stark, Peter Belish, and many more.  Let’s meet with that article.

[…] this TV series in a previous article.  We then brought you the details through two articles on its love stories.  As the next step in this discussion, we thought we would explore the possibilities of starting […]